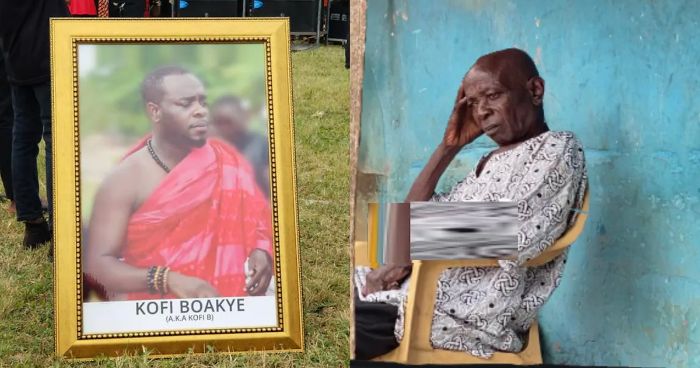 The aged man identified as Kwabena Krah Boakye returned home on Sunday, November 8th during the thanksgiving service of Kofi B.

Kofi B’s father is said to have travelled to Cote d’Ivoire in 1989 but was presumed dead in 1993 after a match between Kotoko and Asec Mimosas football teams resulted in a riot in the neighbourhood.

However, unlike the family had thought, Kofi B’s father escaped death at the time.

Upon his return, he revealed in an interview with Kofi TV that he because successful in the course of his hustle but he lost it all as it was a good Samaritan who brought him home.

Meanwhile, many of the residents in Agogo believe that the ghost of Kofi B has hunted his father home.