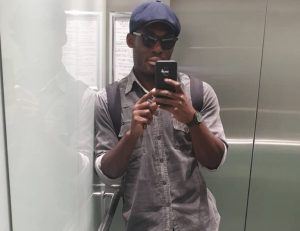 Footballer Michael Essien has deleted a post that threw support for lesbians, gays, bisexuals, transgenders, queers (or sometimes questioning), among others who are into same-sex relationships in Ghana.

His gesture comes after he lost over one million followers on his Twitter page after declaring his support for the “rainbow” world.

This website realised the page was having about 1.7 million followers but currently the Ghanaian athlete has not more than 689,000 followers and it keeps reducing by the minute. 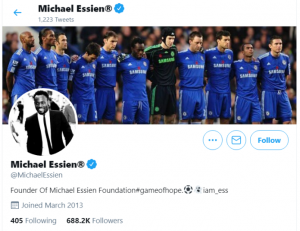 Essien, earlier declared his support for the LGBT+ community on his various social media posts where he was quoted as saying:

“We see you, we hear you, we support you. Our LGBTIA community in Ghana.” 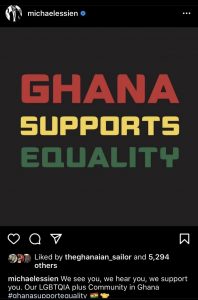 The post also had a text reading “Ghana Supports Equality” painted with the colours of the flag of Ghana.

Meanwhile, President Nana Addo Dankwa Akufo-Addo has been keen on his position that under no circumstance will LBGT+ relationship be legalised in the country.

According to the First Man, who is under pressure from various religious institutions, homosexuality will not be legalised under his tenure.

“It will not be under the presidency of Nana Addo Dankwa Akufo-Addo that same-sex marriage will be legalised in Ghana, it will never happen in my time as president,” he stressed.