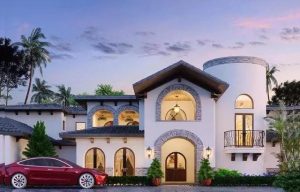 Honourable Kennedy Agyapong said the presidential candidate for the NDC, John Mahama bought a mansion wealth $450,000 for Tracey Boakye, he made this statement at Bantama when he was on stage at a Campaign grounds, he also alleges that Mahama has been flying to Dubai every weekend.

Kennedy Agyapong alleges that John Mahama is the papano who has been sponsoring TraceyBoakye.

But former president John Mahama described these allegations as false levelled against him by some people. As we are in election season a lot of allegations and news will be said about politicians but we all know these claims ain’t true as the MP has no evidence to back his allegations.

Tracey Boakye who responded to the MP for his lies and dared him to bring out his evidence that John Manama has bought her a mansion, he also warned him not to mention her name on any political platform again else she will curse him

Reverend Bishop Daniel Obinim has made a Shocking and Unexpected Revelation

Here is the Winner of the US Elections 2020