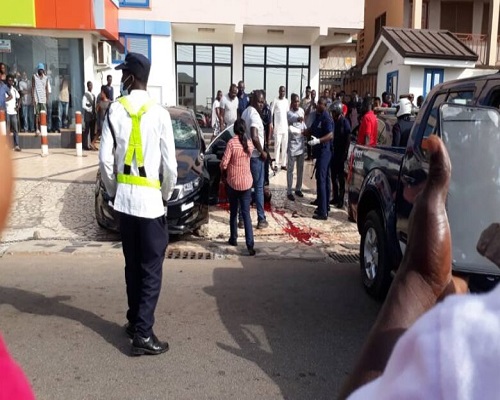 The driver of trotro car has been shot dead in the early hours of today. The incident occurred at Ayeduase, Kumasi, at around 8:30 AM Today, November 17, 2020.

According to an eyewitness, the incident emerged through an argument between the driver and a lady even before they got to Ayeduase gate. When they reached the Access Bank, a trotro driver mistakenly wrecked the private driver’s car.

According to the report, the angry driver walked up to the driver of the trotro and shot him.

The people around, alarmed by the shooting, created an angry mob who approached to stop any further damages. The shooter, upon seeing them, out of frustration, also shot himself.

Infinix Phones and Prices in Ghana

Diego Maradona Has Died At The Age Of 60 After Suffering A...

Stop saying amen to prayers, declarations made in tongues that you don’t...

My father dressed like a king: Wizkid on how his dad inspired...

Qoby Hazard Wins Foreign Sports Presenter of the Year at the 2020...

Ndwompafie.net do not claim ownership of any of the Songs that we upload and any copyright infringement complaints will be executed immediately! It is our policy to honor all take-down requests!

If you feel your rights are being infringed upon, email Ndwompafie@gmail.com  or WhatsApp: +233244136815 for take down