Home » My father dressed like a king: Wizkid on how his dad inspired his love for fashion (video) 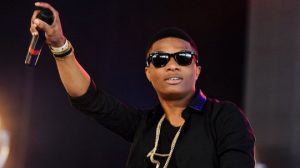 Top Nigerian singer, Wizkid, has opened up on how his father inspired his love for fashion

Popular Nigerian singer, Ayodeji Balogun aka Wizkid, has opened up on his love for fashion and how his father inspired it.

The talented musician is known to always look good and he has given that credit to his father during an interview with YouTube music.

The Made in Lagos star said that his father was the first person that made him fall in love with clothes. The singer added that he knew his father had one tailor who made his clothes for years and that he always came through looking good.

Wizkid has said that his father’s style made him love fashion.
Photos: Youtube music, @wizkidayo.

Wizkid said that looking at his father from a young age made him to always want to look jiggy and fresh.

“I feel like my dad was actually the first person that made me fall in love with clothes. I actually haven’t said this on camera before but I remember my dad has one tailor that has been making his stuff for years and my dad just comes through swagging and stuff.”

Wiz added that he always checked his father out and that it made him want to look cool every time.

The singer also said that his father always looked like a king.

See the video below:

In other Wizkid related news, Bioreports reported that the singer won a poll on Twitter after fans voted Made in Lagos as their album of the year.

With Davido, Burna Boy and Wizkid holding the top spots in the industry, their fans always seem to be at loggerheads on social media as they keep fighting over who is best.