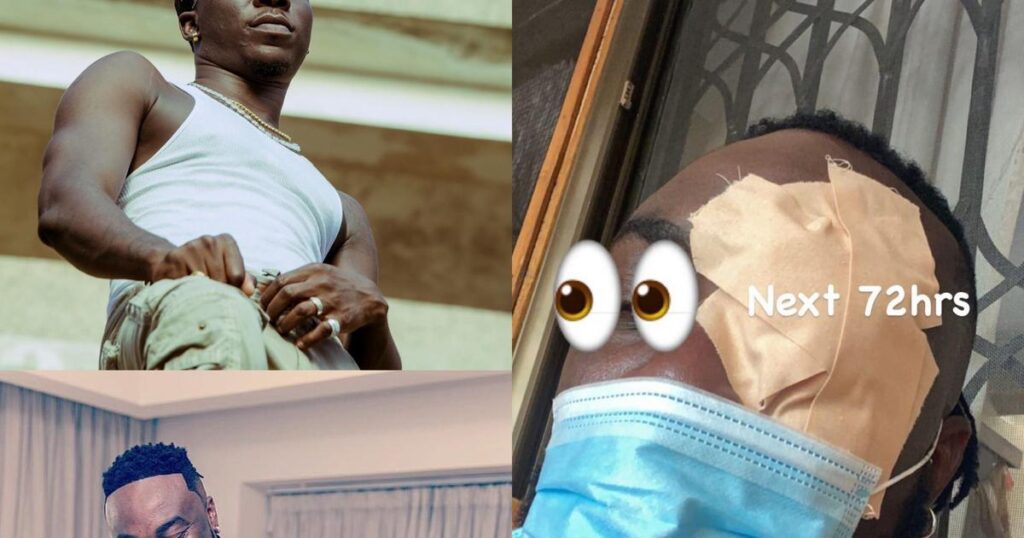 he incident, according to an insider, occurred on Monday, August 10, during a rehearsal session for Sarkodie’s forthcoming “Black Love” virtual concert.

The insider told Ndwompafie.net that the “Nominate” singer was invited right after other billed artistes finished their rehearsal but didn’t like the manner in which he was addressed.

A crew member who was sent by Angel Town to invite Stonebwoy for his session was sacked by the singer for addressing him in a disrespectful manner.

However, when Angel Town tried to intervene, Stonebwoy released a Mike Tyson punch on his face, leaving one of his eyes blind.

Angel shared a video on his Snapchat undergoing treatment but hasn’t addressed the issue.

Meanwhile, Stonebwoy is currently in Togo to shooting the official music video for his “Putuu” song. He has not addressed the issue either.