KiDi drops Track-List and Artwork Of his forthcoming – “Blue Ep”

Ghanaian young and award-winning singer KiDi who is also signed onto Lynx Entertainment has shared the Track-list and artwork for his next project called “Blue Ep“.

The Blue Ep is going to be the second collection released the singer under his record label. His previous album Sugar Daddy which was launched last year is still doing quite well in the music stores and still earning good airplay both in Ghana and abroad.

KiDi’s Blue Ep is set to be launched on 8th May 2020. The Extended play features only Ghanian songstress Adina. Five solid tracks on the Ep with production credits to KaySo, Richie Mensah, DatBeatGod, MOG Beatz, and Nova. KiDi – blue Ep Track-List Below.

Say Cheese (Prod. By Kayso)
One Man Ft. Adina (Prod. By Richie Mensah)
End Of Tears (Prod. By DatBeatGod)
Freaky Lord (Prod. By MOG)
Next Time I See You (Prod. By Nova)
Fans are eagerly awaiting this collection and as we all know, The Gyal Dem Sugar is perfect on how to keep his fans on their toes. KiDi broke out the news via his Twitter timeline. Check the tweet below. 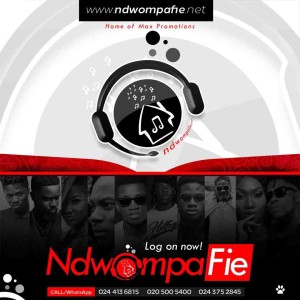 Ndwompafie.net do not claim ownership of any of the Songs that we upload and any copyright infringement complaints will be executed immediately! It is our policy to honor all take-down requests!

If you feel your rights are being infringed upon, email Ndwompafie@gmail.com  or WhatsApp: +233244136815 for take down