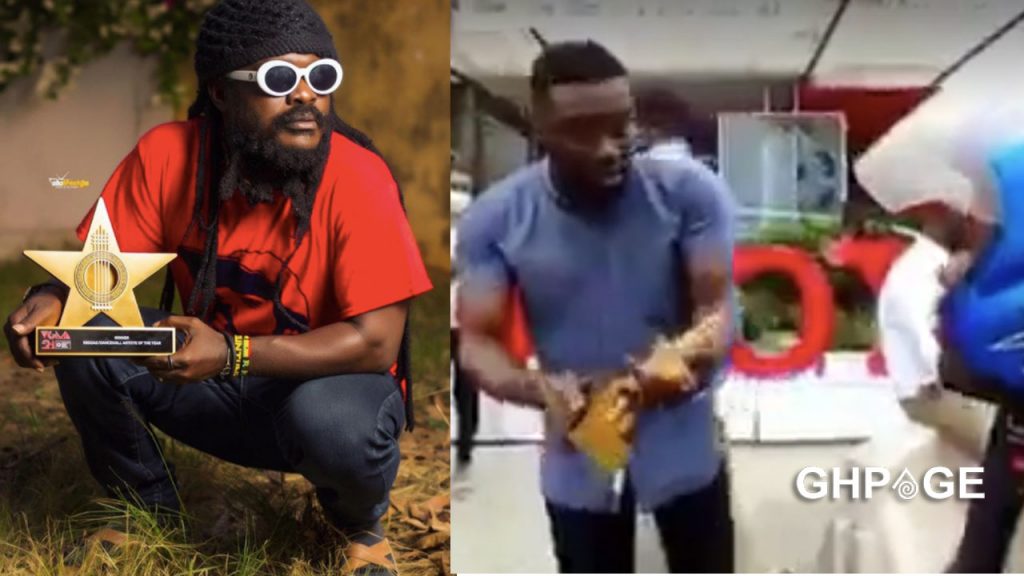 Ras Kuuku’s VGMA plaque has been found after it reportedly went missing.

he news of the missing plaque left twitter trolls ridiculing Ras Kuuku for always carrying the award around wherever he goes. According to him, the award is for the ghetto youth so he needs to make them feel it.

Ndwompafie.com reached out to Ras Kuuku about the missing but he wasn’t too sure about lost of the plaque, saying that he was on set and he as he believes the award should be with his manager.

However, a Good Samaritan who has also heard about the missing plaque found it and sent it to the Hitz FM. According to him, he found the award in the ghetto. Ras Kuuku won the award for emerging the Best Reggae Dancehall act at the 2020 VGMAs.

Watch the video below for the moment the Good Samaritan returned the award.