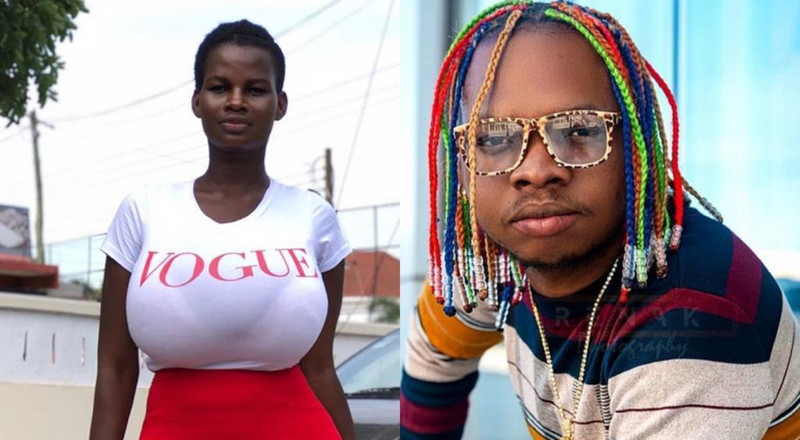 Appearing on the Nayas Adult Show, Tornado said Pamela was a big time prostitute who plied her trade at Osu, a very vibrant and rich suburb of Accra. According to the ever controversial Tornado, when their path first crossed, Pamela told him she was a Kenyan.

He further disclosed that they had sekx the first time they met and added that Pamela is a fake girl so he dumped her tiny ass somewhere.“I had a one-night stand with Pamela Odame, she was a prostitute. She told me she was a Kenyan and I believed her”, he said.

Continuing, Tornado said, “I showed interest in her but I later realized she is fake. I looked stupid when I saw her on TV because she lied to me”, Tornado added.