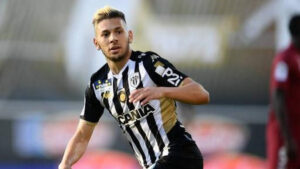 Melali was released following an apology after he felt remorseful for his action.

Now, Ouest-France has reported that he has been detained once again after a 25-year-old woman said she caught the Ligue 1 player touching himself in front of her apartment in two consecutive days.

According to the French publication, the Algerian, who already faces a court case for his first indiscretion, faces another prosecution for the same act, which could see him being jailed for a year and slapped with a big fine.

The Algeria international made just 11 appearances for Angers this season, scoring five goals across all competitions.